What is Surge Pricing?

Surge pricing is when Uber increases the normal fare when the demand of rider request in an area is high and the supply of drivers are low. This usually happens during peak or rush hours but NOT all the time.

Surge pricing ranges from 1.2x up to >5.3x the normal fare in Manila. We haven’t seen surge pricing yet in Cebu. Uber gradually increases the surge price upper limit. In other countries, it can go to up to 10x!!

For example, if the surge pricing is 2.0x the normal fare, your total fare is doubled as simple as that.

You always have the option to wait for the surge to pass. There’s an option before requesting for an Uber to accept the surge pricing or to notify you when the fare is back to normal.

How do you know if there’s surge pricing? Look for the lightning icon. Refer to the pictures below. 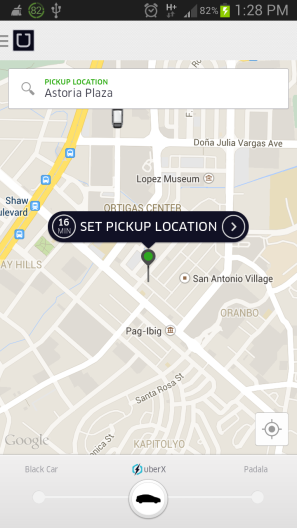 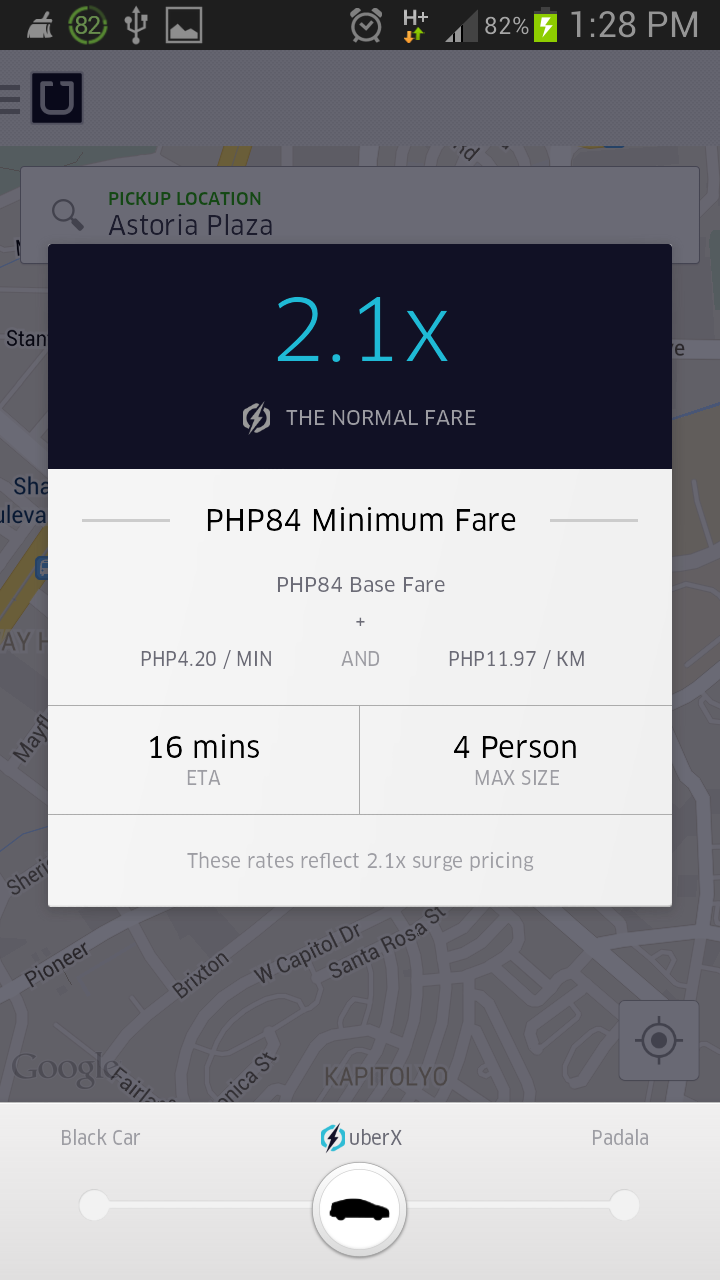 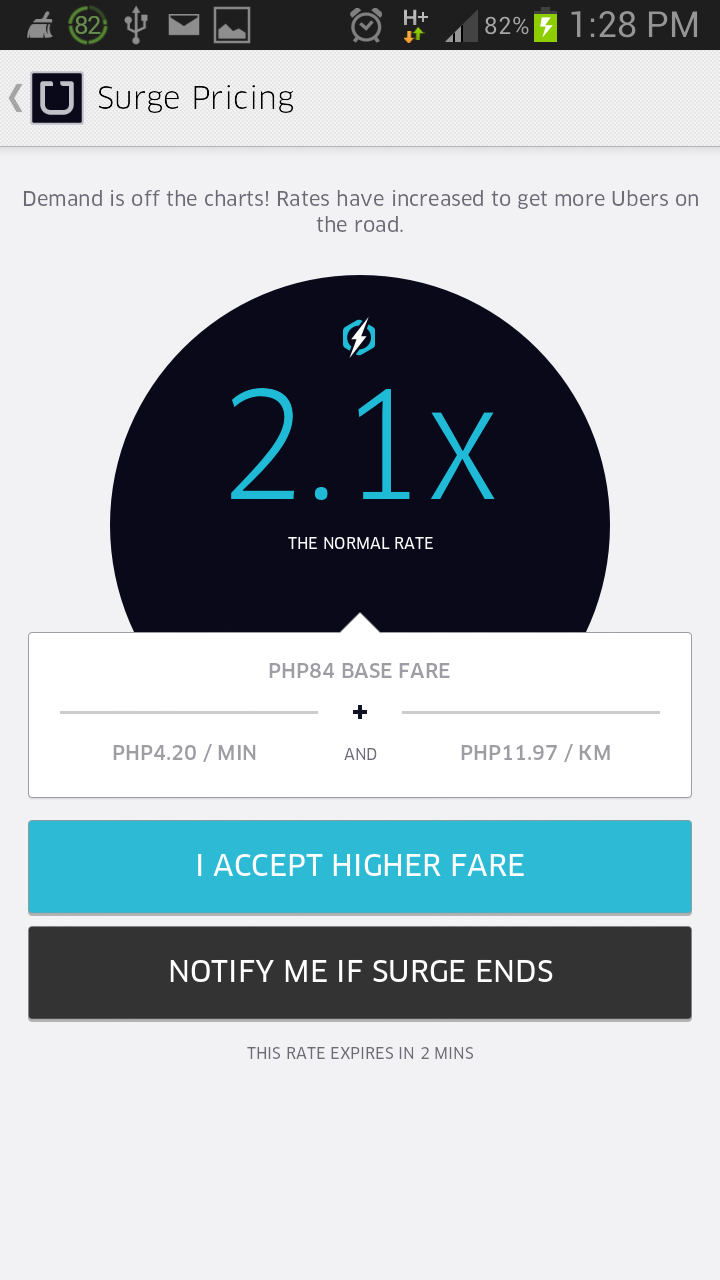 Here’s a sample fare calculation with surge pricing of 1.3x. All of these are available in your trip history in your Rider Dashboard. Uber also emails you the trip invoice showing the fare calculation. 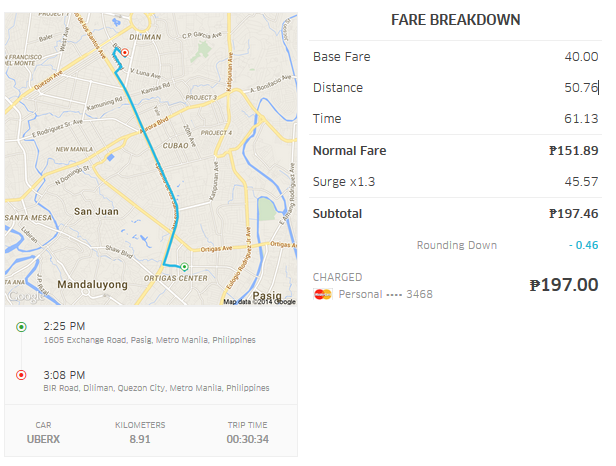 Hope this article helped. Let us know in the comments sections if you have any questions or suggestions. You can also reach us at info@ubercebutips.com. We would love to hear from you!